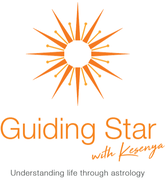 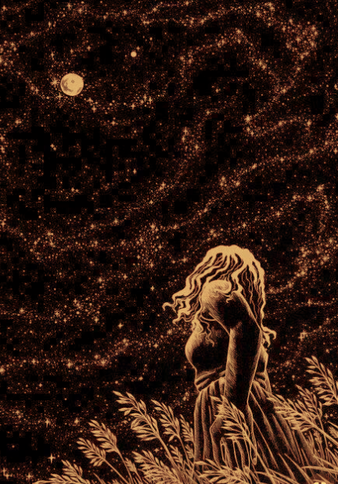 FATE OR FREEWILL IN A HOROSCOPE

Feeling like you have no control over your own life? Like all the well intentioned law of attraction quotes sprinkled around your home, never seem to actually work in real life? Or perhaps you are someone who is tired of hearing people tell you “leave it to fate” or “go with the flow” – you’d never get anywhere in life if you did that! You are a walking incarnation of “if you believe it, you can become it!” and “the world is my oyster” instead!

What if I told you that, according to Evolutionary Astrology, BOTH fate and free will were actually true? That for some people, life IS all about fate - about letting go and allowing life to flow to them. That no matter how hard they try, predestined and fated life events will always be their companion.

And that for some people, life really does respond to their choices. It honors their will and drive to achieve certain outcomes, certain thought patterns and the creation of their OWN destiny . In fact, there are even some people that have a combination of BOTH fate and free will in their lives. Like a railway line running across the countryside, they use both sides of the track to get them where they need to go!

So how about you? Is your life more about fate, or free will? And what does this have to do with astrology anyhow?

Interestingly, Evolutionary Astrology teaches us that the measure of fate or free will in a person’s life can be assessed by the position of the planets in their chart. And it is simple to see. By dividing the circular chart into eastern houses and western houses, we have a system that shows on what side of the railway tracks our life tends to lean.

Let me give an example….. find the meridian line in your circular chart, represented by the symbology “MC – IC”. Anything on the left side of that line (the side of your ascendant) will be associated with your will power, your self-determination, your personal action that can achieve an outcome. This is known as the Eastern Hemisphere in our chart.

Polarically, anything right of that meridian line (the side of your descendant) will represent established forces in our lives, immovable powers, twists of fate. This is the Western Hemisphere. Count up the planets in your chart – how many do you have in each hemisphere (west or east)? If you have a big majority in the east (ascendant side), life for you circles around your intention, the power of your will, and the creation of your own destiny. While a big swath of planets in the west (descendant) reveals that you must learn to cultivate adaptability, going with the flow, and TRUST that your soul contract is being fulfilled exactly on schedule.

And for those with more harmony and balance in their chart (an even spread of planets across both hemispheres) your life will experience both effects – phew! In my readings, I can look at the position of planets in these hemispheres, and how they might play out in your life with regards to fate or freewill.

Knowing this method has enabled me to relax a little more about my own life, which is heavily weighted to the fate side. I don’t have to get worked up when crazy stuff happens – I look at the signs, I trust my instincts, and I also trust my souls contract for growth. People with this signature find that life is more about “random forces striking in critical ways”, so fighting the fated momentum to be relocated to another part of the country, or to be retrenched, or to stop your partner leaving you, is basically a waste of energy. Instead, western hemisphere people should embrace and adapt to wherever the flow is taking them – maybe to experience a fabulous and expansive new culture with that relocation, or to find the job of a lifetime after that retrenchment, or to open up new fields of independence and life direction with the end of that relationship.

When you are an eastern hemisphere person you can shape the tone of your life by you action or inaction. Your own motivation and decisiveness will determine the outcome – sit on the couch all day, every day, watching Netflix and you will reap that harvest in your life. Choose to invest in your skills and talents, master your thought life, get fit, study hard, develop networks of friends and you will reap that harvest. It is entirely up to you – because your life, for good or ill, is in your own hands.

​So what will you do with this information – will it set you free to trust that the Universe actually has your back? I hope so! Or will it give you the motivation to get out there and make it happen, knowing that you actually CAN! I hope so too!! Where ever your planets fall, just knowing that they make your relationship to fate and free will completely unique is empowering in itself. No longer do you have to pay attention to people telling you that you need more faith in your life to make things happen, or that if you worked harder you would be more successful. And in that, for each one of us, there is true freedom! 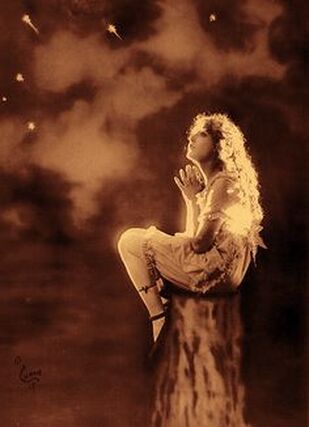 Astrology is the most ancient of sciences, with recognition of the stars, planets and cycles dating back to the earliest of human cultures on the earth. From its use as a cyclical calendar in early tribal cultures, through to more knowledge based advanced ancient societies, to its mutation into a hidden mystery or occult practice in the middle ages and finally the resurgence of popularity as the Aquarian age (ruler of astrology) arises, it has always been a tool in the guidance of mankind.

As we look to the future in astrology, it is important to recognize that there is so much wisdom we can draw from its past incarnations in previous cultures to enlighten us on our spiritual soul journey this lifetime. If you are interested in a perspective on Astrology that incorporates astrological science and techniques with intuition, personal soul evolution, ancient esoteric understandings, theory and philosophy, then this article is for you!
I am going to step through a handful of ancient cultural astrological beliefs and how they can be incorporated into our philosophical approach to astrology today. I will also mention some helpful techniques – so if you are more logically minded, hang in there, there will be something in this article for you too!

It is important to keep in mind that not everyone approaches astrology from the same perspective – and that is OK! There are those who incorporate an intuitive, spiritual sense, and those who appreciate a more method based approach to their astrology. Please refrain from judging those who do not come at astrology from your perspective. One of the rich and beautiful offerings of astrology is the recognition that we all have a unique energetic perspective to shine (earth, air, fire or water) that will resonate with different people.

EARLIEST CIVILIZATIONS AND ASTOLOGICAL PRACTICE
Shamanism is really the most ancient form of spiritual priest/priestess hood. Most ancient cultures had rituals and celebrations that were presided over by shamen or shawomen who functioned as mediums between the spirit world, medicine givers and healers, and the wisdom holders in their communities. These people were innately gifted in their practice – just as some are gifted with a warrior nature, others are gifted with a thinking nature, and others are gifted with a practical nature, shapeople carried gifts of feeling and intuition. Shapeople offered their profound sensitivities in service to their communities through their ‘6th sense’ and psychic abilities, their empathetic gifts, and their ability to function with more highly attuned feeling and intuition guidance.

Carl Jung noted this approach in cultures untouched by western civilization, where life worked more from intuition and understanding, and western cultures functioned largely from a conquest and rational approach. Carl Jung felt there was need or capacity to incorporate and honour these elements – seen in astrological charts by the modalities of earth, fire, air and water – in the human experience.

There are those who practice forms of ancient priest/priestess hood today, seeking to grow their consciousness through communion with hidden realms (spiritual, other dimensional) and use of ancient tools – tools such as dancing, drumming, music healing, energy work, chanting , dream work, attuning with nature and natural cycles, the recognition of omens and signs, and of course, understanding the language of the universe in the stars. Similarly to ancient shapeople, these practitioners today also seek to use their gifts in these areas to serve their communities and bring blessing to the world around them.

BELIEFS
Interestingly, did you know that scientists calculate that 60% of stars in the universe are in binary (or more) relationship with another star – and in western cultures 60% of adults are in a couple relationship with a partner? Just an interesting correlation – as above, so below.
Jamini astrology also realizes the importance of the planetary cycles and their manifestation in our lives eg.
Jupiter maturation at age 16 indicates sexual maturity
Sun maturation at age 21 indicates physical maturity
Moon at age 24 indicates emotional maturity
Venus at age 25 relational maturity
Mars at 28 capability and life strategy
Mercury at 32 skills talents and abilities
Saturn at 36 philosophical maturity – how you carry your burdens and sufferings
North Node at 42 – relative to its house position in your chart
South Node – also relative

Also, though the ancients were not aware of Uranus, modern astrology recognizes that the four quarters of Uranus in its cycle indicate the four stages of life – childhood, young adulthood, middle age, mature age.

And there are many more cyclical indications in the heavens but this is a small example.

NOT FOR EVERYONE
Ancient Astrology wisdom is not for everyone. It is more than a logical, calculated mathematical or ‘cookbook’ approach, as it incorporates philosophical and spiritual understanding, alongside as techniques.
The words below are from a review for my amazing astrological colleague, Heather, and when I read these words they really ‘clicked’ with me, especially with regard to ancient astrological philosophy, and my own personal experience that not everyone ‘gets astrology’, and even within astro circles, not everyone ‘gets the spiritual component’. (Thank you Heather and Chriselda for permission to use this quote!)
“People who only base their understanding of life in what they call “logic” ironically don’t realize that astrology is anything but LOGICAL. It is alchemical. It is the science of ALL AGES because it is rooted in (age old) truths that have been hidden, scapegoated, demonized and therefore ridiculed….”

USE OF ANCIENT ASTROLOGY WISDOM
When I do a reading I use astrological techniques from many sources – Western, Evolutionary, Jamini etc – but the philosophy of our connection to the earth and the sky, the cycles of the planets relating to our seasons of life, the importance of every element/sign/planet and placement, and the equality of all life experience influences what I see in the chart, stemming from my understanding Ancient Astrology principals.
Ancient astrological philosophy can support our astrological practice if our intent is to empower and support others. To do so we need to ‘tune in’ to our clients with our intuition and feeling capacity, just as the ancient wisdom keepers, medicine givers, sages and tribal wise ones did for their communities.  We need to understand our own and our clients life questions and journey at a soul level, in order to really be of assistance.
Astrology has become my spiritual connection with God and what the Universe is communicating to humanity. I hope that by combining my understanding of wisdom theory with astrological knowledge I may bring the language of the heavens into greater clarity and understanding within your life.